What constitutes Eastern bluebird habitat? Eastern Bluebird prefers open and semi-open habitats with little understory, sparse ground cover, and perches that birds use to locate insects on the ground.

Bluebirds appear to tolerate and sometimes even thrive in disturbed habitats.

Little is know about the preferred habitat of eastern bluebirds before the European settlement of America, before the land had a significant human influence.

Using the species habitat preferences as a reference, it is likely that the eastern bluebird occupied open or semi-open woodlands, marshes, open pinewoods, and xeric forests, as well as openings caused by landslides.

The eastern bluebird breeding habitat consists of open areas and perches such as snags and other trees with cavities that bluebirds can use for nesting and roosting. A bluebird’s ideal breeding habitat depends on the proximity between foraging habitat and nesting sites or cavities.

Many highly productive open expanses with short ground cover have only a few perches and no nearby nesting cavities; these habitats are largely unoccupied by bluebirds.

Bluebird habitat during the non-breeding season

Non-migratory eastern bluebirds are familiar with the best foraging spots within their territory and with the location of the cavities, they choose to roost.

In addition to needing open areas with sparse ground cover, scattered perches, and cavities nearby, there are essential food types that determine bluebird habitat quality.

Bluebirds’ nesting habitats must have abundant insects during the breeding season.

The diet of eastern bluebirds is primarily composed of insects and invertebrates, such as:

Likewise, berries and other plants consumed by bluebirds include:

Adding these plant species to bluebird habitats will enhance the habitat quality during the non-breeding and the nesting seasons.

Eastern bluebirds are obligate cavity nesters, but they are unable to excavate their own cavities and rely on abandoned cavities excavated by woodpeckers as well as naturally occurring cavities.

Bluebirds readily take nesting boxes offered to them and, in some cases, prefer nesting in boxes over abandoned woodpecker cavities.

The ideal bluebird natural nesting cavity is located at a height of 12 to 15 feet from the ground, on average . Though when ideal cavities are unavailable, they can take cavities as low as three (3) feet above the ground and higher than 20 feet.

Studies have determined that the optimal bluebird breeding habitat has a density of seven (7) natural cavities per acre.

How to improve eastern bluebird habitat

As discussed above, there are suitable foraging habitats for bluebirds without nesting cavities nearby.

Bluebirds Nests and Eggs: All you Need to Know 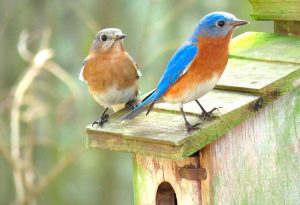 Most Eastern Bluebirds Mate for life, But there is More to It 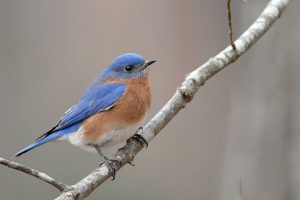 Eastern Bluebird Songs and Calls: There Is More Than What Meets The Ear 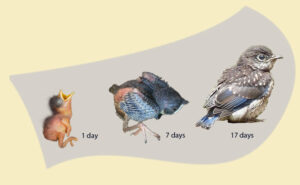 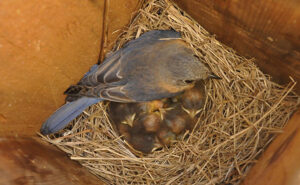 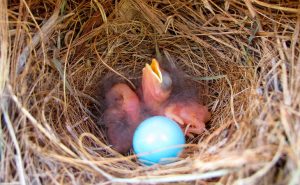 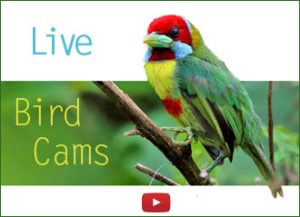