Tune in to one of the seven bird web cameras broadcasting from 7 locations.

Enjoy chickadees and titmice on a tube feeder or blue jays, displacing a cardinal from the tray feeder. Grackles are noisy and aggressive and often take over the feeders. Orioles are less common and show up any time to take a bite off an orange as bright and colorful as the orioles themselves.

The busy hummingbird feeders are most active during the morning hours, but birds keep coming throughout the day.

The Snowy Owl in Barrow, Alaska, and the Red-tailed Hawk in New York have their hand full of hungry growing chicks. The Red-tailed Hawks go back and forth on hunting trips bringing mostly squirrels and chipmunks.

This page is updated frequently. 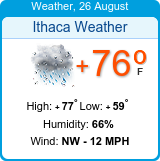 This is a rather busy bird feeding station. It has multiple tube, platform, and hopper feeders. It also has thistle and suet feeders catering to a wide variety of birds.

The feeding station also includes suet feeders and fruit. What is interesting here is that feeders are close together and are always on the camera frame. Birds visiting the feeding station can choose their favorite food and move onto another feeder to try other types of food.

Oranges are served on the feeders during the summertime when orioles are breeding in New York.  Baltimore Orioles are regularly seen at the feeder.

This high definition cam is provided by the Cornell Lab of Ornithology.

As can be seen in the background, the feeding station is located near a lakeshore. In the early morning hours (ET) and late afternoon, you can watch the changes in light conditions, on the feeders and background, during the sunrise and sunset.

Attendance to the feeder is affected by the time of the year. The summer months in New York is when many species migrate to the region to breed. These are the months when the feeding station is visited by more species of birds. 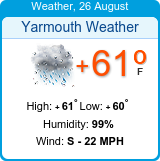 The Atlantic Puffin Webcam is located on Seal Island National Wildlife Refuge (NWR)  offshore island located in outer Penobscot Bay. The narrow island is about 1 mile long and only 300 yards wide in its widest point for and area of 65 acres.

Puffins on Seal Island have an interesting story of recovery. Puffins there were extirpated by a combination of egg collection, hunting for meat, and displacement by aggressive Herring and Great Black-backed Gull populations.

In 1984 the recovery plan started with the management of the gull populations and translocation of 1,000 young puffins from colonies in Newfoundland in Canada.

Using decoys and sound recordings to promote social attraction, puffins began nesting on Seal Island in 1992. By the year 2012, more than 500 pairs were nesting on the island.

The Atlantic Puffin nest in burrows in the ground and under large boulders. Unfortunately, nesting birds or chicks are out of view on this broadcast. 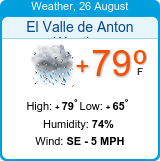 The Panama feeding station is a large fruit table. The fruit is replenished every 2 hours, starting at 7:00 AM.

Like most other feeders, this feeder is rather busy in the early morning and late afternoons. During the day, several species visit the feeder sporadically.

While the feeder offers mostly fruit and attracts fruit-eating birds, it has surprising visitors. Birds that are not known to favor fruit in their diets also visit the feeder for a fruit snack. Some of these birds include Motmots and Rails, among others.

The Panama Fruit Feeder Cam is located on the grounds of the Canopy Tower Lodge in El Valle de Antón, Panama.

The feeding table is at the edge of the lush Panamanian Rainforest. Some of these birds, usually difficult to see, emerge from the thick underbrush onto the feeding table, offering a clear view and photographic opportunities. 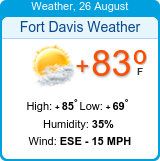 The West Texas Hummingbird Feeder Cam is one of about 30 hummingbird feeders in the mountains outside Fort Davis, Texas. These feeders are located at approximately 5800 feet of altitude and are part of ongoing multi-year hummingbird research.

Hummingbirds in the region vary in the number of species and number of individuals throughout the year. Some species migrate through the region others remain in the area only for part of the year, and others stay year-round.

The hummingbird feeder has more visitors during the months of late March and early October. As with other feeders, the mornings and late afternoons are the busiest times of the day. 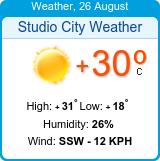 The Studio City Hummingbird feeding station is a busy one. These feeders are visited by mostly four hummers throughout the year and two others that are rare visitors.

Daily visitors include Anna’s and Allen’s hummingbirds. The Black-chinned Hummingbird is a summer visitor. The Rufous Hummingbird visits the feeders during their pass through Studio City during the Spring and Fall migrations.

Costa’s and Calliope Hummingbirds have recorded at the feeders only a handful of times.

The Black-chinned, Rufous, and Calliope Hummingbirds migrate between Mexico and Canada across California. They can be seen in the feeders between mid-February when they move north and early September when they come back south.

The greatest variety of hummingbirds in the feeders is recorded during the months of May through July.

Anna’s and Allen’s Hummingbirds breed in the region and perform acrobatic courtship displays.

Males Anna’s Hummingbirds have iridescent emerald feathers and sparkling rose-pink throats. During courtship displays, males climb up to 130 feet into the air and then swoop to the ground with a curious burst of noise that they produce through their tail feathers.

Males Allen’s Hummingbird flashes their brilliant reddish-orange throat and puts on an elaborate show for the females. During courtship displays, males swing in pendulous arcs before climbing high into the sky and diving back down with a sharp squeal made by their tail feathers. 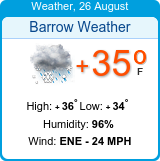 The Snowy Owl webcam is located in Barrow, Alaska. Snowy Owls breed in the treeless arctic tundra in a small depression on bare ground.

The breeding season encompasses the months of May and September. Individuals arrive on the breeding grounds beginning in late April.

Male Snowy Owls are paler than females. While all young birds are barred with dark brown, males lose the brown barring and turn whiter as they get older. Females keep some of the dark barrings.

The webcam and owl nest are part of the Owl Research Institute’s long-term study on Snowy Owl and Brown Lemming Breeding Ecology (now entering the 23rd year). With 24 hours of sunlight in the arctic this time of year, you can tune in any time day or night to watch the nest!

This Red-tailed Hawk pair has been nesting on the grounds of Cornell University in Ithaca, New York for the last 8 years. The pair is still composed of the original male and female but they have used two different light tower fixtures to nest.

Red-tailed Hawks are mostly sedentary or migrate short distances. Sedentary pairs stay together throughout the year in the general vicinity of their nesting site.

Though little is known about migratory hawks, it is likely that they pair up with the same mate if both are alive and return to last year’s nesting territory.  If one member of the pair dies, the surviving bird will mate with another bird.

Red-tailed Hawks tend to use the same nest site and nest over the years. Particularly when they continue to have success at the site.

Generally, beginning in late February or early March, both members of the pair are seen close to or on the nest. They soon begin to refurbish the existing nest with fresh nesting material. Depending on the structure supporting a nest, a Red-tailed Hawk nest grows bigger over the years as more nesting material is added to the nest.

Typically, the female lays 2-3 white or blotched eggs that are incubated for 28-35 days.

At hatch, the chicks have a thick coat of white down. They are feed and protected by the parents for 42-46 days. After fledging, the parents assist the fledglings for weeks or months until the young birds are able to hunt their own prey and become nutritionally independent.